I have one of the early tailcones for my RV-12iS project, the one where the inspection hole for the fuel sump isn't already cut out. I'm not sure Van's plans even include the dimensions for cutting the hole out anymore. I couldn't find it in the online plan (and my plans are at the hangar right now as I write this so I can't look for them).
But it gives the location and dimension of the cutout. Might've even provided a template, IIRC . And I can't remember whether the cover was provided or I had to make one. (Update: It was a template) 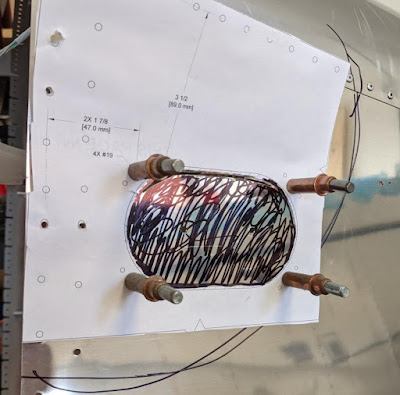 But while the tailcone was off last winter and I waited for the avionics kit to show up, I made the cut, cleaned it up, added the nutplates for the inspection cover and buttoned everything up.
The avionics kit arrived in May and I've been working A LOT to get most of the wiring done so that I'd still have some summer heat left in which to do some window/canopy work. And a couple of weeks ago, my wife came to the hangar to help attach the tailcone permanently. I'd removed the inspection cover to give me a hand hold.
Yesterday afternoon, I was riveting the double line of rivets along the bottom of the fuselage/tailcone joint when I looked in and saw this: 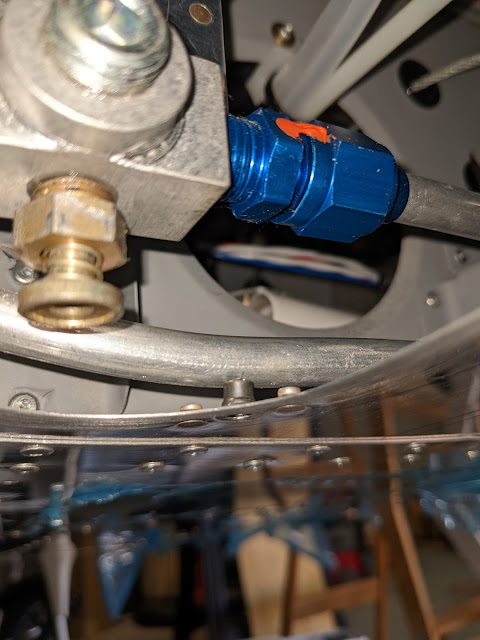 That's a nutplate DIRECTLY underneath the fuel line to the fuel pumps and just about touching it and there's no question that putting a screw in there would either puncture the fuel line immediately or destroy it in the first few hours of flight.
It was also impossible to drill it out using conventional technique because punching the remaining 3-3.5 rivets out after breaking the head off would act like a spear into the fuel line.
I put a piece of scrap between the fuel line and the nutplate and drilled the #40 holes out to #30 instead while gripping the nutplate to prevent it from spinning.
I probably eventually would've discovered this before flight, but perhaps not before screwing the inspection cover in place. For the heck of it, I looked at other inspection cover areas and found a SOMEWHAT similar arrangement at the inspection panel underneath the fuel tank. 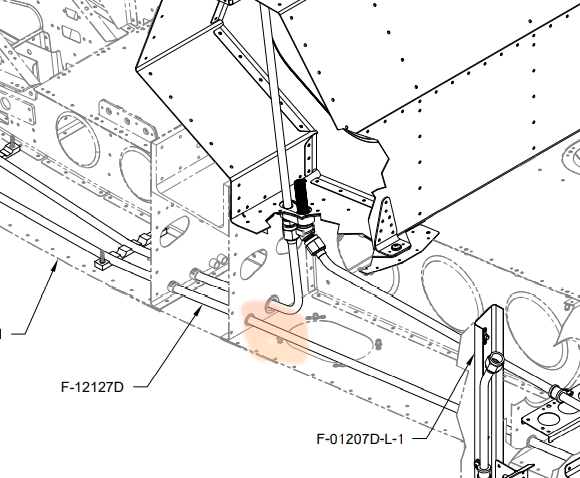 This one, of course, is precut and holes assigned for the nutplate.
The firewall fuel line is offset slightly from that nutplate, but still gives me a bit of pause. There's not much you can do there -- the location is very close to the bulkhead snap bushing -- and maybe it's no big deal. But it's close enough to make me think a little firesleeve and tie wrap wouldn't be a horrible idea. Also a very short screw in that location is a capital idea.
Posted by Bob Collins at 9:28 AM