What if I can't fly again? 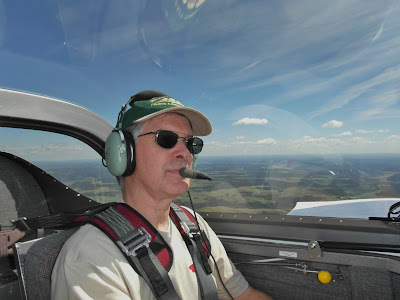 mI haven't flown in more than three years now and what I've realized is the longer you're on the ground, the more you're OK with staying there.

It was December 2016 when I ferried my RV-7A to Grand Rapids, Mich., where its new owner has taken great care of her and even is about to get married, partly because of her (first date).

I plunged into the RV-12 project not long thereafter and, like the 7A before it, found it to be good therapy.

But the Meniere's Disease has continued to progress, taking out the last of the good ear's hearing. With hearing aids, I can get along OK, but not great. The inability to hear conversations is one of the reasons I retired last May. But, no matter; I still had an airplane project to work on.

I've gotten about as far as I can go with that project now, however. I need to buy an engine and a new Rotax fuel injected engine goes for about $36,000. And Van's is now collecting sales tax. That's another $2,000. Funny thing about retirement: they stop giving you a paycheck. And I haven't quite developed the psychology to remove money from the retirement account and pay taxes. Maybe in a month or two; maybe not.

The plane will eventually get finished. But there are new questions whether I'll ever be able to fly it.

A month or so ago, I went for a ride with my friend, Warren Starkebaum. We flew up to Brainerd for breakfast and a photo shoot with the proud new owner of an RV.

I brought along my spendy Lightspeed II ANR headsets; the same ones I used on that last flight in 2016. But something different this time: I couldn't hear very well. The radio? Forget it.

Maybe it was Warren's radio or intercom, but I doubt it. I think it was my ears.

It's possible to fly and be deaf. But it's not safe, at least not in the environment beneath a Class B airport in Minneapolis - St. Paul.

An online acquaintance on Van's Air Force was in a similar situation, and suggested an in-the-ear headset. He did some research at Oshkosh a few years ago and settled on the Halo headset after a talk with the company owner.

"He explained that he uses high-end hearing aids parts to put the sound directly in your ear," Michael Burns wrote. "The foam ear tips go directly in your ear are similar to those you use to block out sound in an industrial environment. The foam tips used with this headset are the same that my audiologist uses when I get a hearing test. Inexpensive and easily replaced. Many ask are they uncomfortable having the tips in your ear for so long? We have no issues at all, short flights or long cross countries. They are soft. "

They're about $500. Cheaper than a Rotax engine. So I'll check them out soon and try to go flying with Warren again.

Whether and how they work will determine who I'm building this airplane for.
Posted by Bob Collins at 12:27 PM No comments: