I built that gorgeous airplane!

All during the time I was building, people kept telling me, "don't worry, paint covers a multitude of sins."

I could've lived a more sinful 11 years, apparently, because Midwest Aircraft Refinishers has completed the paint project, they told me today. And it's beautiful! 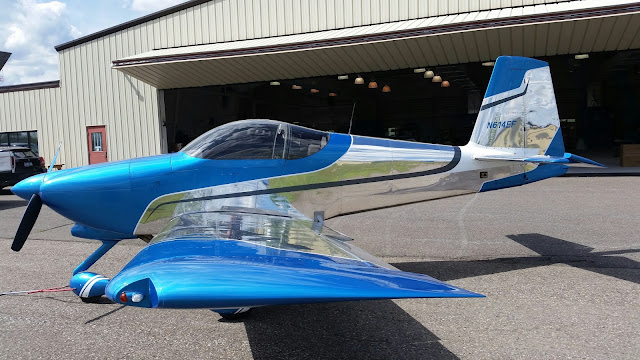 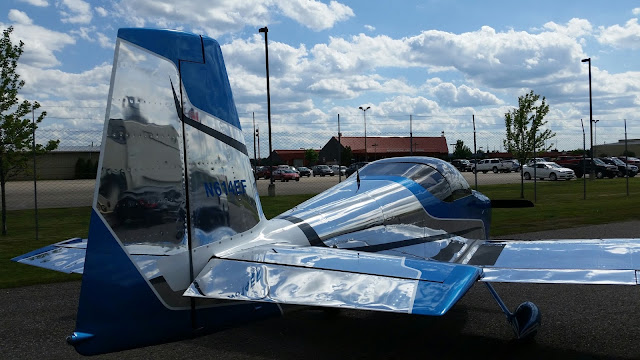 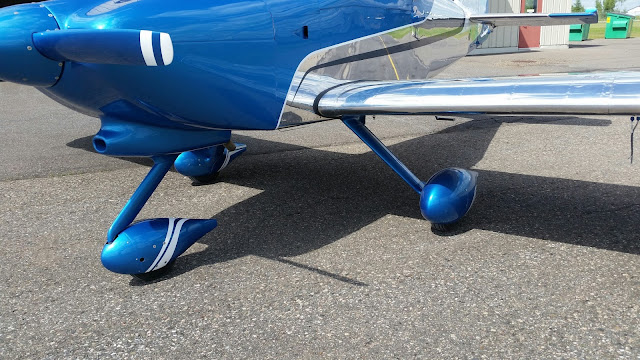 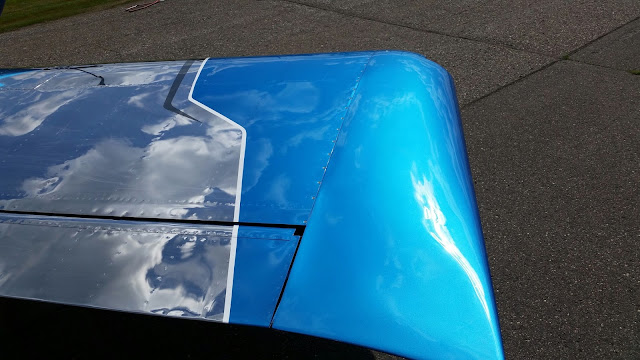 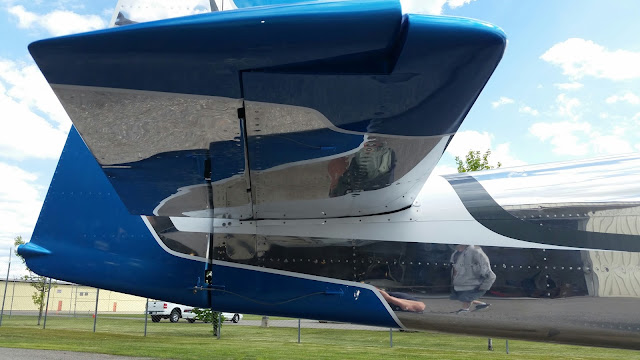 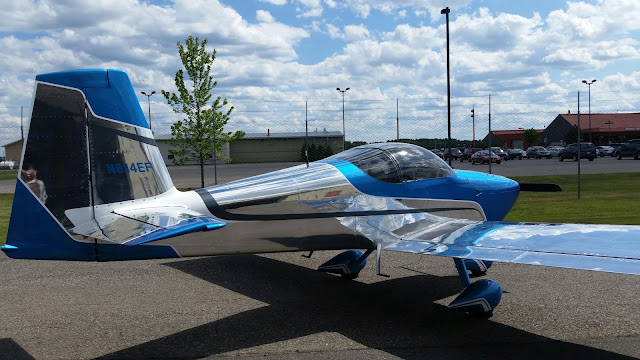 I still have to figure out how to get up to Hibbing to pick it up. Because I still don't have a medical, it'll take two people to fly it home, which means we need two planes to go get it. Who's up for a flight to Hibbing?

If you need more information about the guys at Midwest, don't hesitate to contact me.
Posted by Bob Collins at 7:34 AM 5 comments:

Go around, you fool!

This video is getting plenty of attention, today.

It happened in Germany and most of the news outfits are noting that he almost landed on a sunbather.

Not mentioned is he also nearly slammed into posts at the end of the runway.  Somehow, his wheels were nicely spaced and he was still high enough that it didn't clip his wings.

Now, at some point, the guy had to know he was short of the runway. I mean, how hard is this to figure out at a reasonably altitude?

None of the articles on it mentioned whether the pilot got behind the power curve, only that he "didn't see" the guy on the beach.
Posted by Bob Collins at 1:09 PM 1 comment: