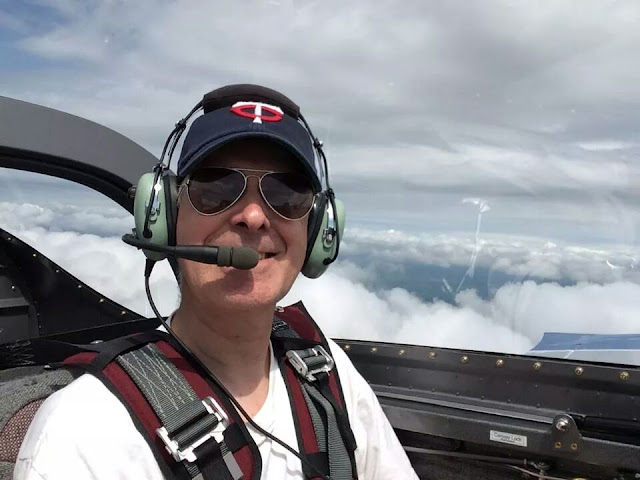 I got a special issuance from the FAA last week (it only took five days after my exam down at the Mayo Clinic) and I'm back in the air.

I've never been the most confident pilot in the world; I owe that, I think, to the fact I blew my checkride many years ago and it often feels like I've spent all the years since proving that was a fluke. Maybe it was; maybe it wasn't. It is what it is.

In my more than year off from flying pilot-in-command (PIC), I didn't fly that much. Brad Benson and I flew to Oshkosh. We took a trip to Eau Claire for a breakfast or two. And, of course, we had a flight up to Hibbing one night which ended with a really poor landing.

During the period of inactivity, my flight review expired, so I needed to get that taken care of. Even in my low self-esteem (pilot wise), I thought that this wouldn't be a problem. I mean, gee, how tough can it be to fly a plane? It's like riding a bike.

This is the same philosophy I used to approach ever spring with when I played golf regularly. Never having broken 100, I would assume that every spring, my golf game would have repaired itself over the winter. It never did, of course. So I gave up playing golf.

Joe Coraggio, my flying pal who has been treating N614EF to the occasional stroll during my inactivity, is a CFI, so he graciously volunteered to get me back flying again. Joe, just hired on by US Air (or Airways, I always forget which), is an unbelievably great pilot. He's one of those guys who merely straps the wings to himself; he's that smooth.

He lives in Inver Grove Heights, MN., but is based out of Phoenix, so the fact he even takes the time shows you also what a great guy he is.

Saturday dawned with a forecast of low ceilings, improving by 10 a.m., but with the prospect of gusty winds, pretty much 90 degrees to the runway. So I wasn't optimistic that flying was going to happen. But it turned out to be a great morning and while the winds were outside my "comfort zone," Joe made clear that he could handle the crosswinds if I couldn't, so we launched.

An emergency landing in central Minnesota is nothing to worry about, really. There are plenty of flat fields and dirt roads. 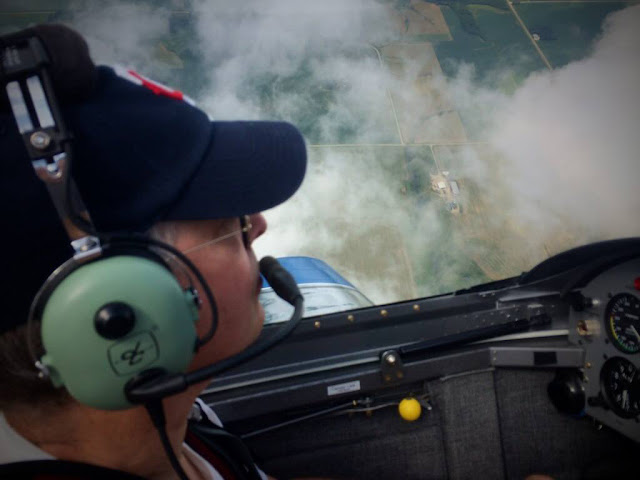 I picked my landing spot which I selected because I didn't trust the green fields with all the rain we've had, and there was a nice wheat patch next to a country road, which didn't have any utility poles along side it, as it turned out, and would've been a better choice. I came up short, when we put the power back in.

You see, there was this 20 knot headwind I'd neglected to consider.

In the real deal, we probably would've been OK. There was a soybean field that was survivable. But still.

We headed over to Red Wing, whose 27/9 runway was slightly better oriented to the wind (blowing about 220 with gusts to 17 knots) than South Saint Paul's 16/34.

Of the seven landings, six were just stupid. Too fast, too unsmooth in the pattern and -- worst of all -- flaring far too high. Why? The biggest problem is I appear to have forgotten to look far enough down the runway.

Flying is a humbling experience. Landing after landing, I knew what I needed to do. I just wasn't doing it, and while the winds and particular geographic features that roil it were a factor, they were nowhere near as big a factor as the guy in the left seat.

We went back out again on Sunday, a typical summer day in the Twin Cities, with significant turbulence and crosswinds, and ridiculously hot weather.

The landings were better; but not much better. Poor technique in the pattern, poor crosswind management, and -- get this -- flaring far too early.

None of this should be terribly surprising to me. It's not as if I didn't know that when you don't fly, your skills erode. And I'm lucky to have Joe around to push me toward higher standards and better technique. Eventually, I'll get it right.

But it's a blow to the ego and, frankly, it's pretty embarrassing. You just don't like to suck when there's a real pilot in the right seat.

Besides, if I enjoyed frustration and embarrassment, I'd dig out the golf clubs.
Posted by Bob Collins at 9:26 AM 1 comment: 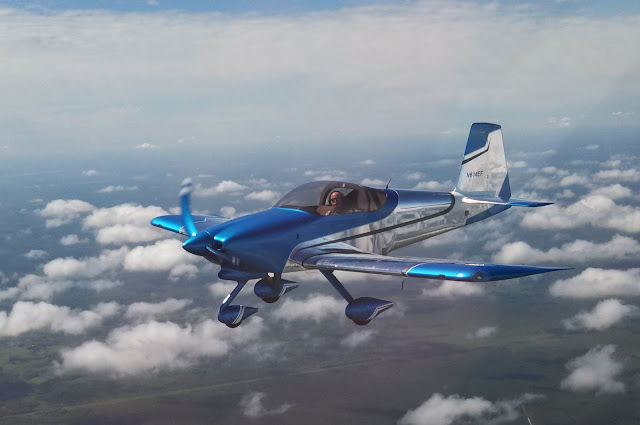 Posted by Bob Collins at 3:47 PM No comments: