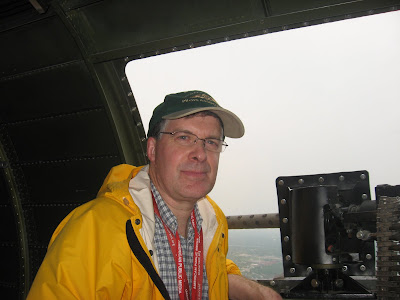 Yesterday, the Liberty Foundation brought its B-17 -- the Liberty Belle -- to Saint Paul for media flights in advance of next weekend's appearance to the general public.

I was assigned to ride the 1 p.m. flight but when I showed up with my AOPA hat, the crew asked, "are you a pilot?"

"Yes, sir," I said, thankful that they didn't ask if I was a good pilot.

"We need a third crewman to be sure people are buckled in and to help them tour, can you handle two flights?" they said.

Sure, let me think about this: Can I handle two flights in a B-17? 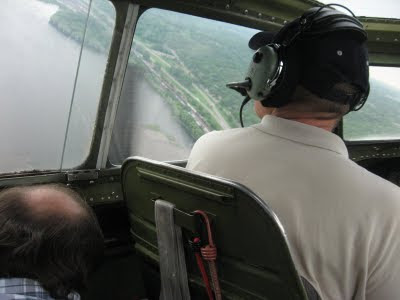 It was great fun sitting in the jump seat, on the headphones so I could hear the guys chat as they flew. Even better, it turned out that one of the pilots -- Jeff Hess -- is an RV-4 pilot from Falcon Flight.

He was kind enough to invite my wife on the second flight. She was hesitant. "You're only going to get one chance in your life to do this, " I said. She jumped aboard. 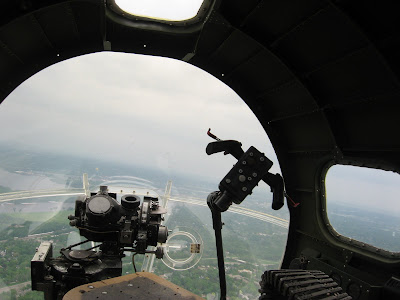 I made a video about it for my day job.

It's my birthday today; I got my present yesterday. 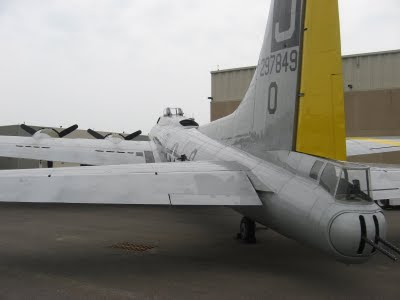 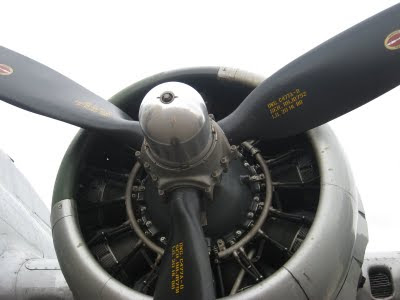 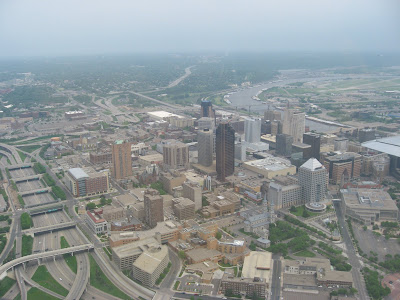 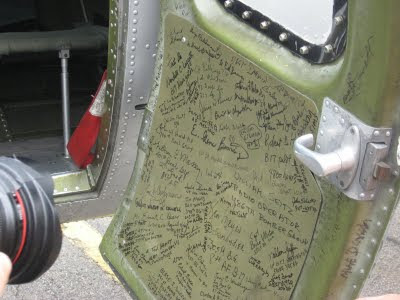 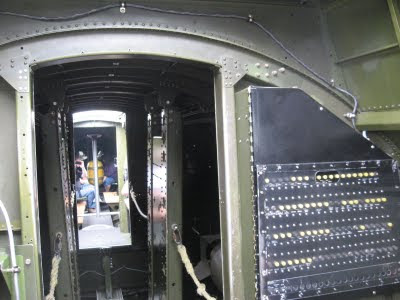 Update: Vern Darley sends along these additional notes. Vern's name came up during our flight, by the way.

The Falcon RV Squadron is an informal group of airplane builders and flyers based in Peachtree City at Falcon Field Airport and headquartering at Hangar D-30. The Squadron has over fifty members who are either building Van's RV aircraft designs, or have already completed or purchased one. The RV Squadron roots began as builders helping one another in their garages and basements around town. As planes were completed, hangars were needed, and soon the community of builder-flyers had formed.

Since many RV Squadron members are former military pilots, formation flying and aerobatics were a natural transition. For added safety, squadron standards and training was established. Some RV Squadron members have maintenance skills and their skills added to the safety and soundness of the homebuilt aircraft.

Each plane is carefully inspected before its first flight by an FAA designee and a flight test period of either 25 or 40 hours in a test area is required to shakedown any discrepancies. After that, the RV aircraft are able to fly most anywhere. An RV-4 flown by an Australian pilot has circled the globe over both poles and around the equator.

Besides helping one another while building and learning to fly these marvelous aircraft, the Squadron gathers weekly at the Mellow Mushroom on 74 N in Peachtree City every Tuesday at 11:30. Visitors are welcome. Unscheduled formations are flown each week based on weather and pilot availability. Fly-outs and Squadron socials are regularly scheduled.

Posted by Bob Collins at 7:32 AM No comments: