The RV-7A is now safely at its new home in Grand Rapids, Mich., and the hangar seemed empty. I'd grown accustomed to saying, "see you later, baby!" when turning off the lights and locking the door.

The first of the RV-12 kits arrived and I tried to recreate the 2001 picture from when the first 7A kit arrived in, but my youngest son was in Cabo. 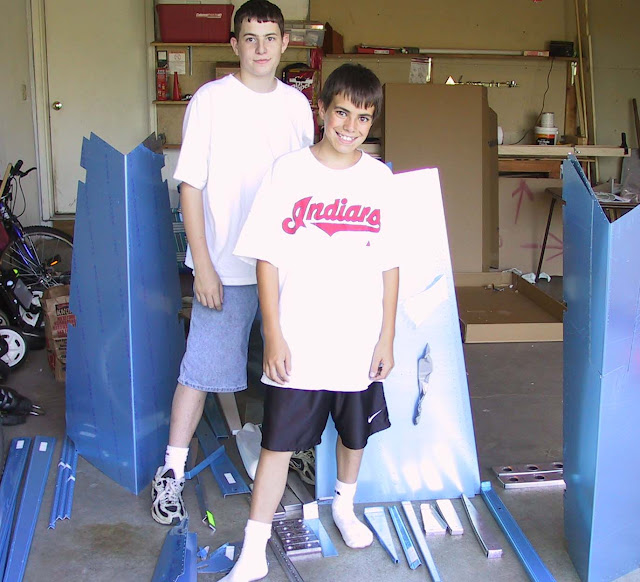 As luck would have it, the FAA has finalized the new rules regarding medical certificates and they take effect on May 1, the day my third class medical with the special issuance expires. It seems to me that it would be possible to have continued flying the old plane, but I couldn't take the chance that the new rules would have created a gap, plus I think my health situation is more compatible with LSA -- light sport aircraft-- rules. So I'm not looking back.

Besides, I've got a plane to build. The parts fit into the back of the Subaru and it was off to the hangar.

I didn't get a chance to inventory everything until yesterday, and found the rudder skin trailing edge had been damaged.

But it's clear the plane will go together quickly -- quicker than the 11 years of N614EF, anyway. I am mindful that it's possible to be a little too confident, having already built an airplane. But my goal is to build this one without ordering any replacement parts.

Except for the rudder skin, apparently.
Posted by Bob Collins at 9:37 AM

Email ThisBlogThis!Share to TwitterShare to FacebookShare to Pinterest
Labels: RV-12