The one ride I want to give

I know I'm asking to do the impossible, but I have to give a try anyway.

I'm hoping to take N614EF back to Fitchburg, Massachusetts sometime after Oshkosh. Showing it to her would probably be good enough, but if I had one wish right now, it would be to figure out how to get a 90 year old woman who doesn't move so well in and out of an RV.

"I'd love to see what my house looks like from the air," she said to me five years ago when I took her on her first -- and only -- ride in a small airplane. 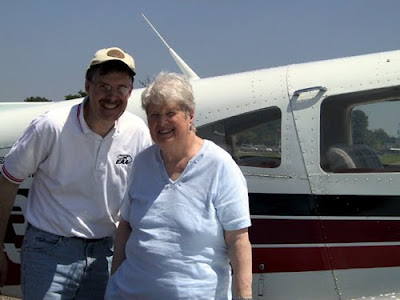 It was a Piper Warrior, which -- as you probably know -- requires you to get up on a wing to get in. She couldn't get up on a wing, so she just sort of leaned against it and started rolling herself up. "I'm not going to miss this, " she said.

And so we flew -- and I realize many of you have heard this story -- and she told me how she wanted to be like Amelia Earhart. 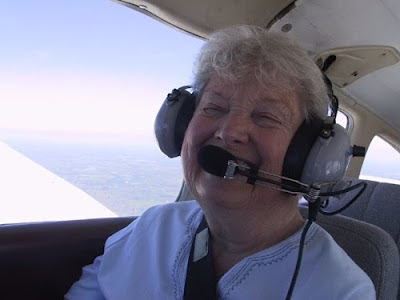 We landed in a small town, and sat on a bench overlooking the prairie for a half hour or so, she went back to her childhood, on the farm in Ohio.

I'd give anything to give her a ride in the plane I built, the one that's numbered in her honor, and grant her that wish to see her house from the air, and maybe be Amelia Earhart one more time.

But, of course, the RV isn't built for giving rides to elderly people who have a hard time moving, and who probably -- well, really there's no probably about it -- couldn't lift themselves OUT of a seat.

Still, although I'm out of ideas, I have to give it one more try to see if anyone has ever developed a contraption or method of doing this.

Or, are there enough RVers near Fitchburg, Massachusetts who could figure out a way to lift her in?
Posted by Bob Collins at 11:36 AM